I love writing books for multi generations.  Whether a picture book (which I like to call a "Family Read"), or the Will Wilder series or the Mother Angelica books-- good stories orient us in the world.  They help us understand who we are, what we can be, and to better appreciate the wonders and complexity of life itself.  I am so grateful that you all have welcomed these works into your lives. 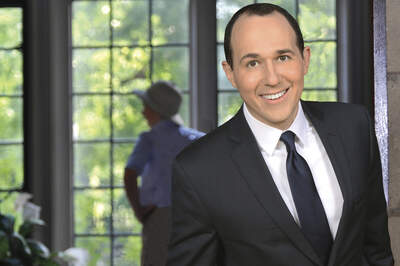 The Wise Men Who Found Christmas 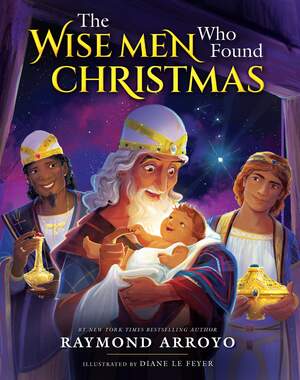 Finally, the True, Untold Story of the Wise Men…

They were not three kings.  Nor were they from the Far East, or even Persia…

In this thrilling, visual adventure capturing the wonder of the Christmas season, New York Times bestselling author Raymond Arroyo shares the true, hidden story of the mysterious Magi, who risked everything to discover the truth. Based on new historical evidence, The Wise Men Who Found Christmas is the miraculous, untold tale of three seekers who followed a star and found themselves in the middle of the greatest story ever told. Stunningly illustrated by Diane Le Feyer, this enchanting family keepsake is sure to become part of your Christmas tradition – and a reminder that chasing truth is often the greatest adventure of all.

The Spider Who Saved Christmas 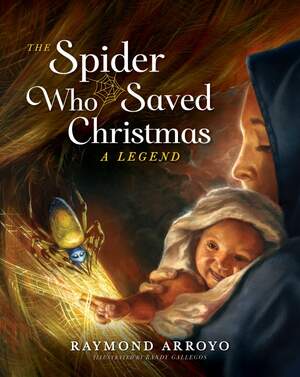 Radiating the wondrous spirit of the season, The Spider Who Saved Christmas rekindles an ancient legend, casting new light on the story we thought we knew. Created by New York Times Bestselling Author Raymond Arroyo (with illustrations by Randy Gallegos), The Spider Who Saved Christmas spins the enchanting faith-filled tale of Nephila, a cave-dwelling spider who plays a pivotal role central to the Christmas story. This instant classic reveals the origin of Christmas tinsel and reminds us that hope can always be found even in dark places where we least expect it.

The Thief Who Stole Heaven 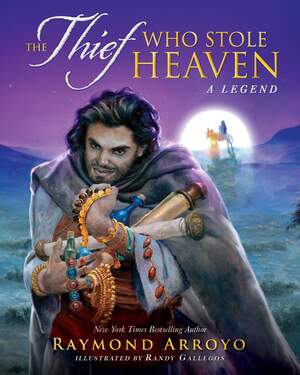 The Thief Who Stole Heaven, the follow up story to New York Times, USA Today and Amazon Bestseller: The Spider Who Saved Christmas.Once again, bestselling author and broadcaster, Raymond Arroyo provides readers with a cinematic, adventurous holiday story based on ancient legends filled with deeper themes. The Thief Who Stole Heaven introduces audiences to the largely hidden character of The Good Thief.

Bridging the gap between Christmas and Easter, this unique story brings to life a compelling redemption story that is destined to be treasured and revisited year after year.

The Will Wilder Series

Will Wilder #1: The Relic of Perilous Falls. 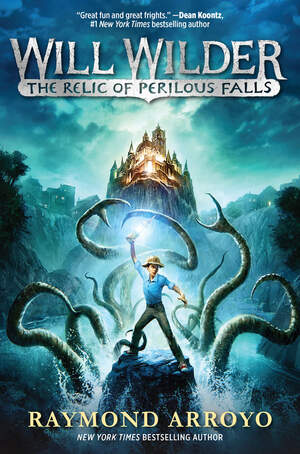 Will Wilder didn’t mean to unlock his otherworldly gift. But that is exactly what happens when Will “borrows” a sacred relic believed to protect the town of Perilous Falls for nearly a century. Even though his intentions are good, the impulsive twelve-year-old unwittingly awakens an ancient evil endangering all of Perilous Falls.

As boats sink and hideous creatures crawl from the rising waters, it is up to Will to confront a nightmarish enemy and set things right before it is too late. Along with his sweet—if lethal—great-aunt Lucille, the curator of a museum of supernatural artifacts, Will proves that the actions of one twelve-year-old boy can change the world.

Will Wilder #2: The Lost Staff of Wonders 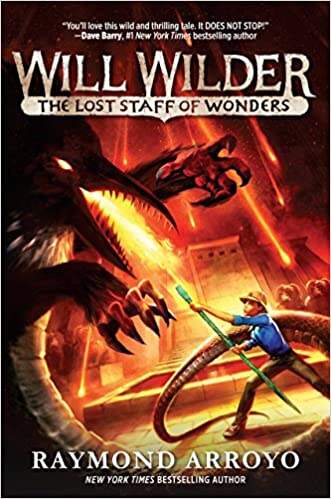 Will Wilder is back to protect the town of Perilous Falls from another ancient evil—the fearsome demon, Amon, in this series that’s been described as having “shades of Indiana Jones and Percy Jackson” (Booklist).

When the storied Staff of Moses—responsible for summoning the plagues of ancient Egypt—vanishes from the museum in Perilous Falls, Will Wilder is suspect number one. Desperate to prove his innocence and stop the thief from unleashing terrors upon the town of Perilous Falls, Will must use his supernatural gift to locate the beast—but it’s nowhere to be found.

As the river runs with blood, sharp-toothed frogs surround his home, and clouds of swarming gnats choke the streets, Will must rely on his supernatural ability, everything he learned from his training, and help from his friends, siblings, and Great-Aunt Lucille to find the missing staff and unmask the hidden evil before time runs out for all of them.

Will Wilder #3: The Amulet of Power.  Book Three 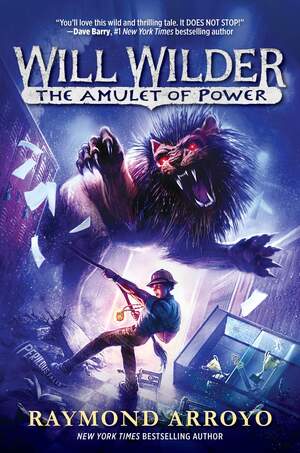 Twelve-year-old Will Wilder is back to protect the town of Perilous Falls after he's given an amulet with a lock of Samson's hair. But Will's strength will be pushed to the limit when a new demon causes unimagineable havoc.

Will Wilder yearns to join the Perilous Falls Middle School football team. But he was never big enough or strong enough to make the cut, until he comes in contact with a talisman containing the fabled locks of Samson. But using the Amulet of Power attracts dark forces to Perilous Falls like moths to a flame.

Suddenly, hunched creatures are shadowing people around town, graves are being disturbed, the music of a mysterious DJ lulls half of Perilous Falls into a stupor, and to top it all off, Will is convinced that a teammate may be a demon himself!

As he tries to identify the demon before it causes untold havoc, Wilder family secrets will be unlocked, the limits of physical strength and the power of friendship are tested--and Will might even score a touchdown or two.

Mother Angelica: The Remarkable Story of a Nun, Her Nerve and a Network of Miracles 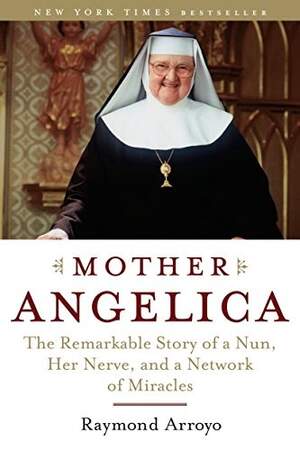 In 1981, a simple nun, using merely her entrepreneurial instincts and two hundred dollars, launched what would become the world’s largest religious media empire. In the garage of a Birmingham, Alabama, monastery, the Eternal Word Television Network grew at a staggering pace under her guidance. Mother Angelica (1923–2016) remains on the air, offering faith-filled advice, hope, and laughter to her audience through rebroadcasts of her original homilies. Raymond Arroyo, through more than five years of exclusive interviews with Mother Angelica, traces her tortuous rise to success and exposes for the first time the fierce opposition she faced, both outside and inside her church. 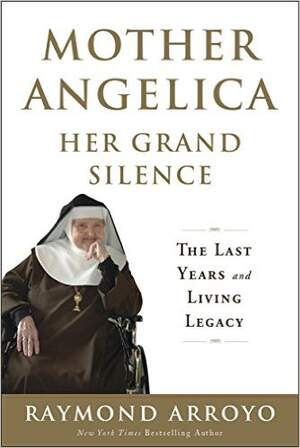 For more than a decade, the beloved, wise cracking nun who founded EWTN, the world’s largest religious media empire, was confined to her cell at Our Lady of the Angels Monastery in Hanceville, Alabama.  Though Mother Angelica is still seen and heard by millions each week in reruns on seven continents, the private drama within her monastery, her personal supernatural encounters, and the prolonged suffering she endured has remained hidden. Until now.

In a moving, dramatic conclusion to his four New York Times bestselling Mother Angelica books, Raymond Arroyo completes the saga of this singular nun with his most intimate book yet. Here are Mother Angelica’s spiritual battles in her cell—including encounters with the devil. Revealed for the first time is the personal request Mother made of God—which sheds light on her long silence.  Here are the unrevealed episodes of hilarity and inspiration; from playing possum (to avoid undesirable visitors to her room), to undertaking a secret trip to the far East, to blessing her nuns as they leave her care to create new monasteries, Mother Angelica’s spunky spirit shines through the narrative.

Mother Angelica Her Grand Silence, the touching, climactic coda to the Mother Angelica canon also offers readers the personal testimonies of people around the world who were spiritually transformed by Mother during her long public absence. And for the first time, the author writes movingly of his personal relationship with Mother—the highs and the lows. Eleven years after the release of the definitive biography of Mother Angelica, audiences want to know the rest of her story. This is it.

Are you unsure of your purpose in life? Stuck in the past and worried about the future? Hamstrung by fear, failure, or trials? Mother is here to help.

For more than twenty-five years, Mother Angelica has dispensed spiritual wisdom and practical advice to millions around the globe through her lively broadcasts on EWTN. Now she shares with you her personal life lessons and hilarious counsel as never before. Raymond Arroyo, author of the bestselling biography of Mother Angelica, has assembled an inspiring collection of her powerful insights, comic musings, and no-nonsense guidance for everyday living. Culled from never-before-seen interviews, private conversations, and recorded lessons not heard in over thirty years, to which Arroyo had exclusive access, these selections capture Mother Angelica’s spunky spirit and profound wisdom at their zenith.

Within are the meditations, personal beliefs, and pithy life lessons that transformed a disabled child of divorce into Mother Angelica, founder and CEO of the world’s largest religious media empire. Packed with real-world hope, this little book is sure to transform your life in a big way.

Mother Angelica's Private and Pithy Lessons From The Scriptures 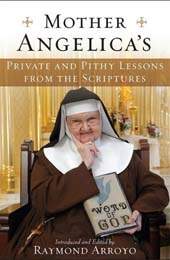 The Word is made fresh by the irrepressible Mother Angelica as she personally escorts you through the Scriptures, unearthing lessons for daily living--the perfect companion to the New York Times bestselling Mother Angelica's Little Book of Life Lessons and Everyday Spirituality.

The founder of the world's largest religious media empire shares her beloved wit and down-to-earth spirituality in MOTHER ANGELICA'S PRIVATE AND PITHY LESSONS FROM THE SCRIPTURES. Editor Raymond Arroyo draws on hundreds of never-before-released private lessons to present the renowned nun's definitive take on the Good Book. Angelica provides readers with guided meditations, probing personal questions, and reveals an often-overlooked practical spirituality. She doesn't just explain the stories, she relates them to our daily lives, helping even those who've never opened the Bible experience its power and life-altering lessons. The apostles Paul ("the little shrimp"), Peter ("that great bungler") and all the characters of the Scriptures are suddenly human again, complete with their foibles and triumphs. Here is the Greatest Story, newly told as only Mother Angelica can. The Bible and you will never be the same.

The Prayers and Private Devotions of Mother Angelica 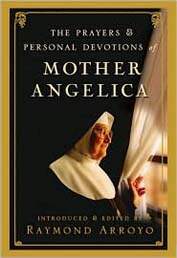 This precious collection gives readers a chance to experience the personal, daily, spiritual practice of Mother Angelica. Seen by millions each day on the television network she founded, Mother Angelica is one of the most trusted and beloved religious figures of our time. Now Mother Angelica shares a lifetime of her private prayers and devotions so that you can experience and utter the very words that have shaped her incredible life.
This treasury of material, much of it never before published, includes:

For devoted fans of Mother Angelica as well as for those just coming to know her, this inspiring guide will be a cherished companion along each step of the path to holiness.